The blog organizing is going very well. Google Reader has been a dream & everyday suggests new blogs I may like according to what I already have saved, I have found some very talented, neat ladies out there. Amazing how many knitters there are!
Now on to working on the sidebars.

I have been pattern hording or should I call it whoring...... Does anyone else do this? Where you just sit for hours on the computer sifting through Ravelry, saving patterns to your computer, printing them out & just reading them for the shear excitement of reading them, & dreaming about what your project will look like. If you ever get to it!

I found 3 patterns that I love from ChicKnits. Lara just knit Cassidy & when I went to look at it I ended up with 2 other patterns as well. I bought Ribby Cardi, Cassidy, & Basic Chic Hoodie. Ribby is definitely my fav!

Then off to Ravelry stashes I went to see if anyone had the yarns that I wanted. They did. I bought. We are all good.

I also LOVE the new Knitty surprise, Franken Socks, created by this talented lady right here.
I just wish they would of put them out the beginning of October so you could have them in time for Halloween, but on the bright side if you use the recommended yarn it is only $3.99 a skein. Now that is a deal!

I also bought KoolHaas by Jared Flood. It looks hard but I would like to tackle it for my husband. I am going to the Ravelry ISO destash group & see if I can locate a nice Penn State Blue for his Kool Haas.

I would list all the wonderful patterns I downloaded, bought, & saved but it would take forever & Jack is asleep so mama gets to shower! Here's a quick photo I took of my new finds.

P.S. Stop over and say congrats to Abi!
Email Post

Anonymous said…
I'm guilty of that too. So hoarding is a bad thing? lol. I love the ChicKnits patterns. I just need to stop purchasing them, and start knitting them.

Good luck finding the yarn you want for Koolhaas. That pattern is tempting me for my hubby as well.
Thu Oct 23, 02:36:00 PM EDT

Anonymous said…
I do the same thing! When oh when will I ever get to actually knitting the patterns though?
Thu Oct 23, 03:00:00 PM EDT

Anonymous said…
I do the same thing with patterns. I've got a huge binder bursting full of them, not to mention the Ravelry queue and favorites.....there's something wrong with it? Nah. Better than cigarettes.
Thu Oct 23, 07:15:00 PM EDT

Anonymous said…
Yes. I am a pattern whore too. I have binders full of patterns and they are categorized by ones I have already knit, ones I am knitting and then a "queue" binder. Those are all divided by pattern type sweater/hat/bag etc. In fact I L'edOL at your post because my printer just ran out of ink and I was freaking out. So, what did I do? I found a two line pattern for a shawl and scribbled it on paper just in case I wanted to start it later! Ha! Talk about a vice....Gotta have my patterns!
Fri Oct 24, 12:01:00 PM EDT

KnitPastis said…
Those are some wonderful patterns you are accumulating! I have had the Ribby Cardi pattern along with several others from Chicknits.
Fri Oct 24, 02:36:00 PM EDT

Lara said…
Oh my, I am so glad that I could assist you in your pattern stash! It is tough to pass up on the Chic Knits patterns. Not only are they cute and stylish but they are very easy to follow. I like that.

Koolhaas is great. I made it for Davis last year. It is not nearly as difficult as it looks. I am sure yours will be fabulous!
Fri Oct 24, 07:20:00 PM EDT

Psyched2Knit said…
Instead of thinking of my yarn as "stash I should knit from" I am now thinking of it as a separate hobby - yarn collecting.
Sun Oct 26, 09:18:00 PM EDT 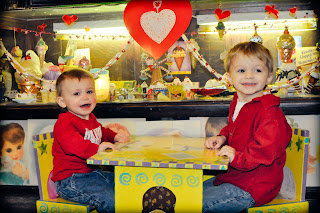 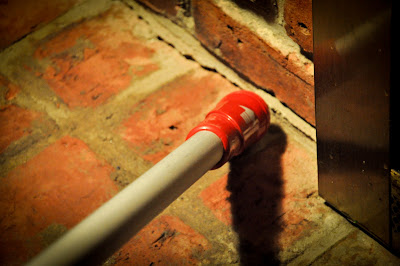